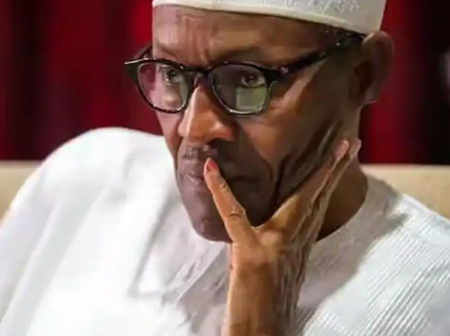 The Nigerian President has mourned again over the death report of the Abacha's sister. The Abacha's sister who is identified as Hajiya Fatima Garba Muhammed has been reportedly passed away. The deceased is also the mother of the mother of Senator Basheer Muhammed, Federal Commissioner and National Commissioner for Refugees, Migrant and IDPs. Abacha was a former Nigerian head of state who served the country well before he died. The deceased reportedly lived up to 75 years of age before she gave up the ghost. 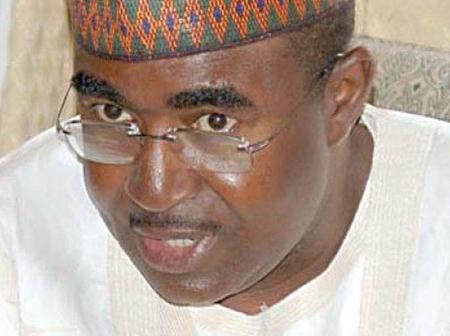 President Buhari has approved the appointment of Mohammed Buba Marwa as the new DG of NDLEA.

Mohammed Buba Marwa (born September 9, 1953) is a retired Nigerian army officer who served as governor of Borno State, and then Lagos State during the military administrations of Generals Ibrahim Babangida and Sani Abacha. He attended the Nigerian Military School , Zaria and the Nigerian Defense Academy , Kaduna . Later, while in the army, he studied at Pittsburgh University, where he obtained a master's degree in International Relations, and he obtained a master's degree in Public Administration from Harvard 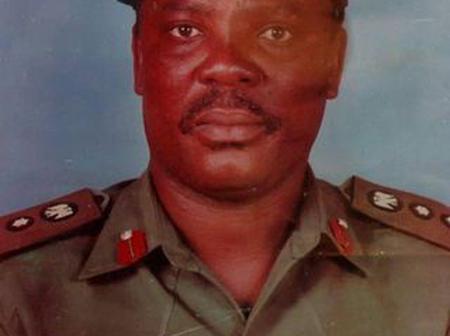 The judgements delivered by the Special Military Tribunal to those that were alleged to involved in the phantom coup of March 1995, was condemned by both local and international observers. The Patrick Aziza led Tribunal was referred by many as Kangaroo Tribunal. Many saw the massive arrest as a purported plan to implicate those that were deemed as junta enemies. The 1995 coup plot allegation could be said as the biggest to ever happened in Nigeria. The array of people arrested by the regime of General Sani Abacha 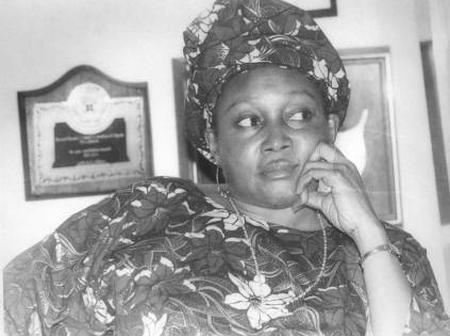 How Kudirat Abiola was Brutally Assassinated in Lagos, 1996

Kudirat Abiola Kudirat Abiola was the wife of late respected Nigeria politician, in person of Chief Moshood Kashimawo Abiola. Alhaja Kudirat Abiola during her life was a backbone to the success of her husband. Sadly, on June 4, 1996, Kudirat Abiola was assassinated by gunmen in Lagos on alleged direction of Sani Abacha. After the June 12, 1993 election was won by Abiola was cancelled by General Ibrahim Babangida. The cancellation led to serious riot which made M.K.O Abiola to declared himself as the President 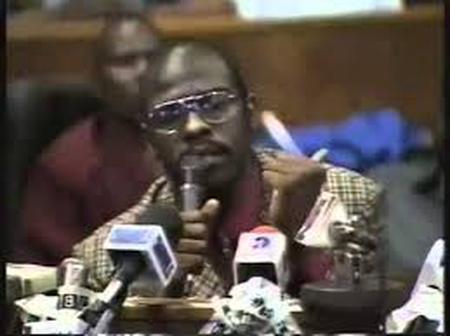 Today we are looking back at the famous hit man of General Sani Abacha, Sergeant Rogers, A.K.A, Mr. Death. Sergeant Rogers was a Presidential Body Guard and a member of the deadly Strike Force, a specially trained military squad used by the then Chief of Staff, Major Hamzat Al-Mustapha, to protect the president. He is called "Mr death', because he carried many assassinations. According to him in an interview, he said that he took order from Major Hamza Al-mustapha,to undertake any assassinations. He was also 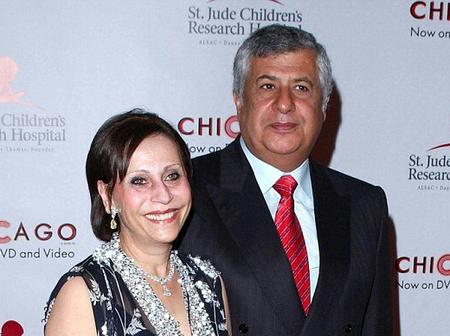 Meet The Nigerian Billionaire Who Gave $300M To FG After The Death Of Gen. Sani Abacha

Meet Gilbert Chagoury, a Nigerian billionaire, diplomat and philanthropist born on the 8th of January, 1946 in Lagos state. Gilbert clocked 75 years old today, he is a cofounder of Chagoury Group, a business conglomerate which he established alongside his brother Ronald Chagoury, in 1971. The Chagoury Group is an industrial conglomerate with interests in property development, construction, real estate, flour mills, glass production, telecommunications and many more. Gilbert was a close associate of general Sani 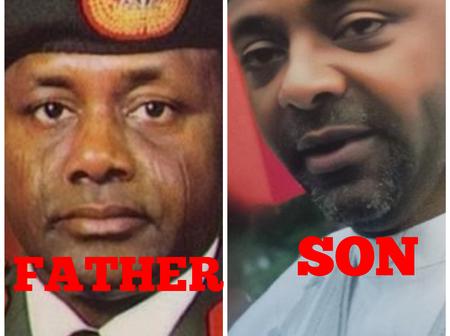 Meet Abacha's Son Who Has Striking Resemblance With His Father

Do you remember Abacha? I'm sure everyone does except the present indomie generations. Well, even kids of this present generation would have heard about the stories of Abacha. Sani Abacha was a Nigerian millitary general who served as head of state from 1993 to 1998 when he died. He had also served as Chief of Army Staff and Minister of Defence. Although, his regime was known to have been a tough one. Sani Abacha and his wife, Maryam Abacha were blessed with 10 children. Seven were boys and three were girls. 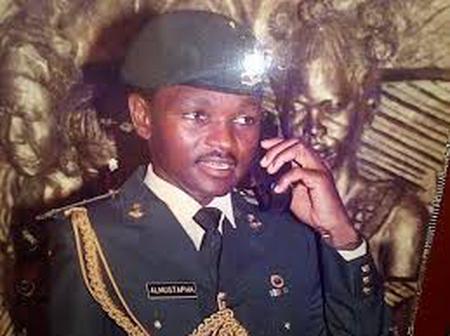 Hamza al-Mustapha, was born on 27 July 1960, he is a Nigerian Army and Chief Security Officer to military dictator, Sani Abacha. General Abacha, has absolute confidence in him and entrusted him with exceptional powers, greater than other officers. He has conducted operations in Sierra Leone, Chad, Liberia, Gambia and Bakkassi. Al-mustapha, instilled fear on Nigerians, that military officers and politicians feared him. He was purported to be the angel of death, during Abacha, regime. Some accusations against 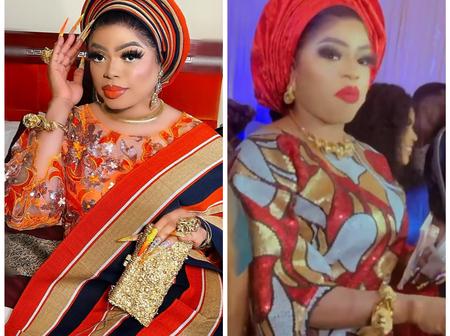 See Lovely Photos of How Bobrisky Turned Up For a Party In Ekiti State, That Sparked Reactions

See lovely showing how the beautiful Nigerian crossdresser Bobrisky turned up for a party in Ekiti State, that got people praising him for looking beautiful. The beautiful 29-year-old Lagos state based internet personality Okuneye Idris Olarenwaju who is famously known as Bobrisky, took to his official profile page on the popular social media platform instagram, to share lovely photos of how he turned up for a party in Ado Ekiti, the capital of Ekiti State. In the caption for the photos Bobrisky addressed herself 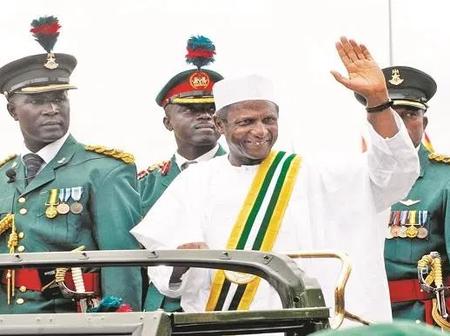 People say death is inevitable, at a moment in our lives we will all die and be laid to rest. It is never an easy thing to lose someone, especially if that person is a good leader of a country. That pain will always be at a hidden place in your heart. In this post, we are going to be remembering the great presidents that did great things in their tenure, but death could not allow them to continue. These presidents sadly passed away while still in power, Now let's take you around the whole list of them. 1. Umaru 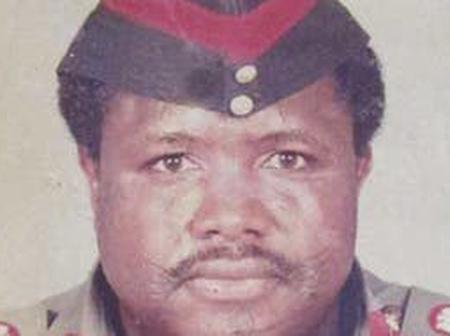 Meet 4 Generals from Zuru, who became famous under IBB and Abacha

We might have heard the story of Langtang Generals, who became famous under the regime of General Ibrahim Badamasi Babangida and General Sani Abacha. These Generals comprised of Major General Joshua Dogon Yaro (rtd), Lieutenant General Gerimiah Useni (rtd), Major General John Shagaya (rtd) and General Domkat Bali (late). But Langtang was not the only town in Nigeria that produced powerful Generals under the regime of General Ibrahim Babangida and late General Sani Abacha. Zuru Town in Kebbi State had also produced 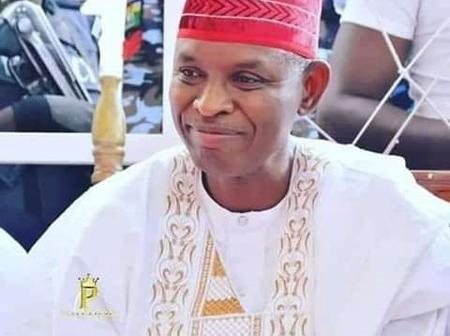 Kano 2023: Here are the Top 7 Politicians That May Succeed Gov Abdullahi Ganduje (See Their Names)

It's Barely Two years and Four Months to the Tenure end of Governor Abdullahi Ganduje of Kano State, Notable Politicians in the State particularly the 2023 Governorship Aspirants are already warming up for the forthcoming Kano State Gubernatorial Election. They include 1. Senator Jibrin Barau Popularly known as Maliya, Senator Barau, 61 is the Senator representing Kano North Senatorial District at the National Assembly. He was the Pioneer House of Representatives Member for Tarauni Federal Constituency of Kano 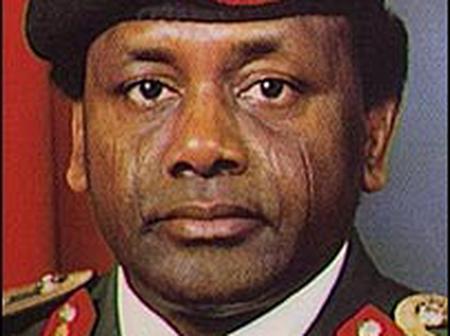 Opinion: General Sani Abacha Would Have Made Nigeria A Global Brand If Not For Death

In remembrance of our heroes past, we celebrate the military president in the person of Late General Sani Abacha. He was the military president and 10th head of state of Nigeria from 1993 to 1998. He died in office with reports from government sources giving the cause of death as a heart attack. Checking is economic records, we will see that he really made great progress in building the country to be among the best in the world. Here are his amazing economic results from 1993 to 1998 when he was in power. Nigeria's 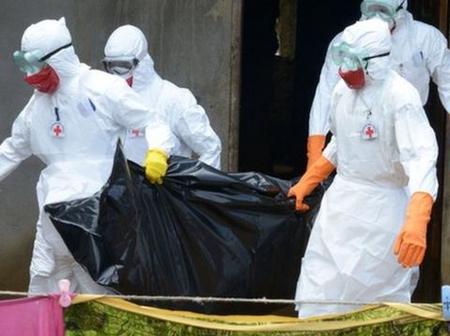 JUST IN: Another Top Personality Dies Of COVID-19 In Abuja

Nigeria has lost yet another icon as former Military Administrator of Kano and Benue states, Colonel Aminu Isa Kontagora dies of COVID-19 complications. According to a close family member of the former military administrator who announced the passing, Kontagora died of COVID-19 related complications in an hospital in Abuja. The family member went on to confirm that he will be buried today n line with the Islamic injunction. Aminu Isa Kontagora would be remember for his time as Administrator of Benue State during 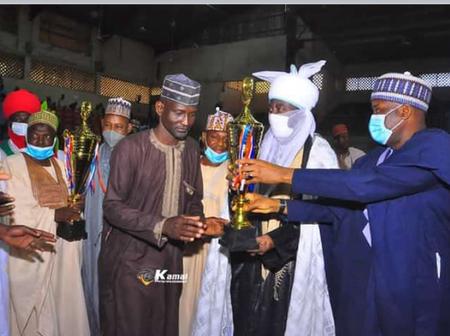 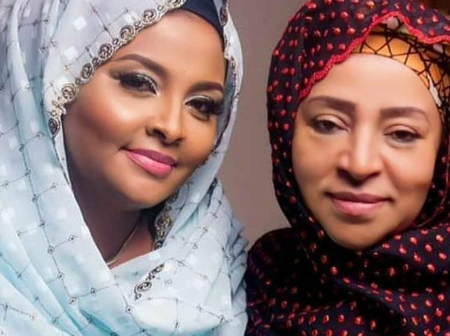 General Muhammad Sani Abacha is a legendary Nigerian head of state that ruled the country during the military era, that is before the system of leadership was changed to democracy. General Sani Abacha was married to Maryam Abacha and had 10 children. Among his 10 children, 7 are male while the 3 are females. The late General became a grandfather with many grandchildren after his dead. The late Head of State is among the prominent ex Nigerian leaders that is highly revered today. During his military regime, 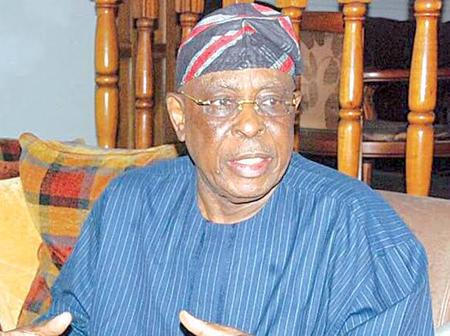 2023 Election: Nigeria's President Would Come From The South In 2023 - Olusegun Osoba Says

As Nigerians most especially the youths awaits for the 2023 presidential election, i don't think we (youths) already have candidate of our choice, someone we can vote for to fix in that position. Former Ogun State governor, Olusegun Osoba has hereby stated that South region will produce the next president, checkout the candidate who has the high probability as stated by him. Chief Olusegun Osoba is a Nigerian journalist and a politician who was elected as Ogun State governor on two different occasions. Firstly, 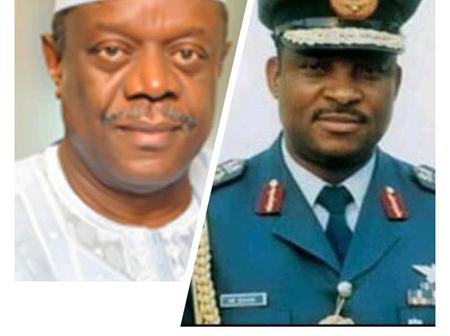 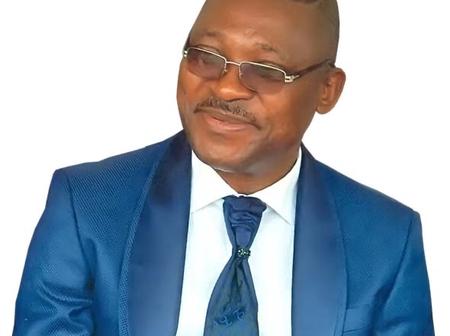 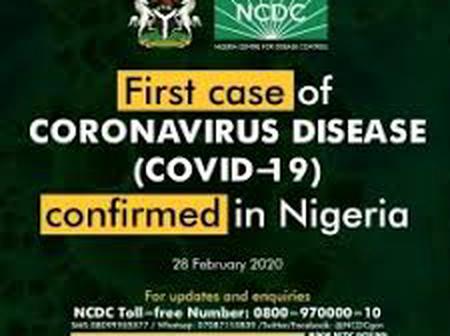 January 19 people were killed and homes and other buildings were burnt by unidentified gunmen in Tawan, kogi state. -lassa fever outbreak kills 29 people in 12 States in January. February US $300 million (£230 million) seized from former President Sani Abacha's laundered account's. The federal ministry of health confirmed the first covid19 infection in the country. March Four police officers and two militiamen were killed by Boko Haram militants during a raid of an army base in Borno state. Abule Ado explosion