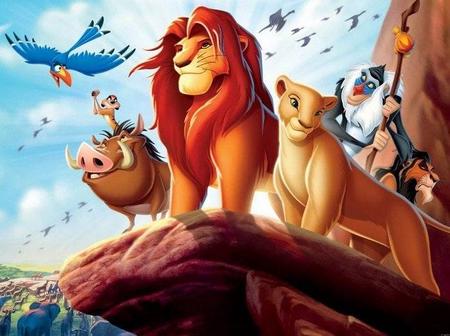 The Lion King is a computer-animated American musical drama film. It was written by Jeff Nathanson,produced and directed by Jon Favreau and produced by Walt Disney Pictures. The movie was created by a cutting edge computer technology in a virtual reality environment. Although few scenes where shot in Kenya, majority of the scenes was shot on a stage in Playa Vista, California. The Lion King movie is loved by many people especially the children. This is because of the funny characters in the movie that will make 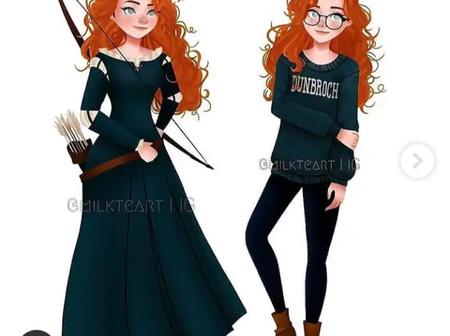 How Disney princesses would look like dressed as teenagers 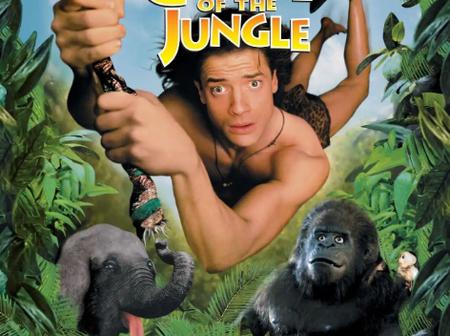 23 Years After George Of The Jungle Movie, See How George Now Looks Like (See Photos)

Please click the following button on the right side of the screen to get more updates and entertainment news.  I know many of you have watched the Adventures, Comedy movies called George Of the jungle.  This featured some Funny Comedian like Brendan Fraser and many others, i this article we will be looking at the movies, main cast and so on, First of all let look at the movies  George of the Jungle is a 1997 American comedy movie which was directed by Sam Weisman and established on the Jay Ward cartoon of 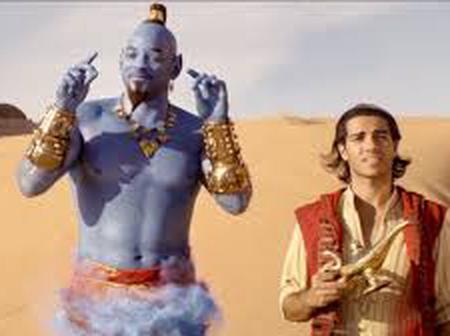 Aladdin is a 2019 American live action animated musical fantassy film produced by Walt Disney Pictures, directed by Guy Ritchie, from a script he co-wrote with John August. It is a live action adaptation of Disney’s 1992 animated film of the same name, which itself is based on the eponymous tale.   Cast on main actors.  Will smith as Genie  A comical and kindly genie who has power to grant three wishes to whoever possesses the magic lamp. Smith says he was terrified while playing the character. Smith physically 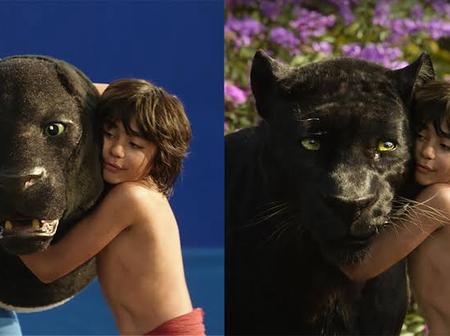 The Jungle Book:Behind the scenes pictures of the movie.

The Jungle Book is a 2016 American fantasy adventure film directed and produced by Jon Favreau, written by Justin Marks and produced by Walt Disney Pictures. Based on Rudyard Kipling's eponymous collective works and inspired by Walt Disney's 1967 animated film of the same name,The Jungle Book is a live-action/CGI film that tells the story of Mowgli, an orphaned human boy who, guided by his animal guardians, sets out on a journey of self-discovery while evading the threatening Shere Khan. The film introduces 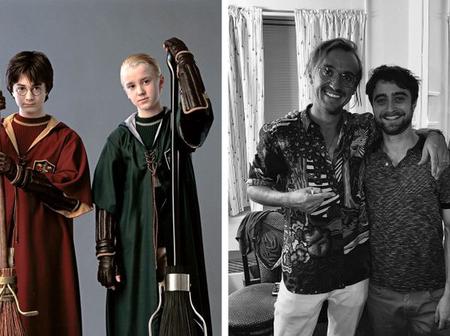 21 Photos Showing What Actors That We Adored as Kids Look Like Today.

As teenagers, joining young actors was not difficult. After all, we loved them and always wanted to become them. Everyone had a handful of actors they tried closely to imitate, whether from TV or film. Yet time passes by and many of us have lost track of the familiar faces that don't look the same. Yung Mula comes with some of your favorite actors from the time you grew up and became an adult. Prepare yourself for an emotional journey. 1. AnnaSophia Robb — Leslie Burke in Bridge to Terabithia (2007) © Bridge 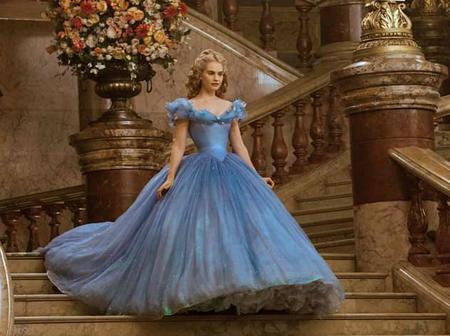 Remember The Main Actress in "Cinderella" Movie? See How She Looks After 5 Years (Photos)

Lily Chloe Ninette Thomson, born 5 April 1989, known professionally as Lily James , is an English actress. She studied acting at the Guildhall School of Music and Drama in London and began her acting career in the British television series Just William (2010). In 2015, she played lead actress through performance as Cinderella in the film Cinderella, a romantic fantasy film directed by Kenneth Branagh, with a screenplay written by Chris Weitz , co-produced by Walt Disney Pictures, Kinberg Genre , Allison Shearmur 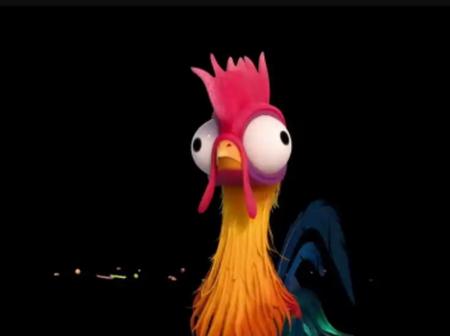 8 Cool Moana Facts!  Moana realities! Some cool realities you most likely didn't think about Moana!  1 - It's the 56th vivified Disney film!  That implies on the off chance that you watched one every week it would assume control longer than a year to traverse them all!  Moana  Picture by Disney  2 - Maui depends on demi-god Māui  Māui is significant legendary figure in Polynesian culture. He's an amazing demi-god whose undertakings structure a ton of Polynesian conventions.  Moana  Picture by Walk 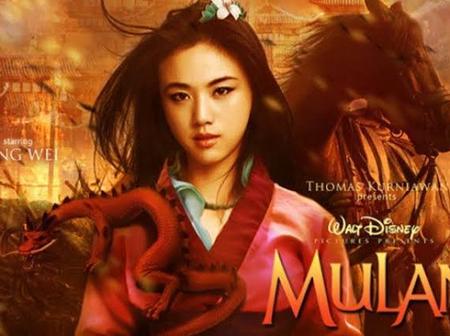 Movie of the week: "Mulan" Best of 2020 Action Block Busters

Make your day splendid by Watching this movie at the comfort of your home. "Mulan" one of the latest movies released this year precisely March 2020 is an American action drama film based on the Chinese folklore "The Ballad of Mulan" and is a live-action adaptation of Disney's 1998 animated film of the same name. Directed by Niki Caro, with the screenplay by Rick Jaffa, Amanda Silver, Lauren Hynek, and Elizabeth Martin, it is produced by Walt Disney Pictures, and distributed by Walt Disney Studios Motion Pictures. 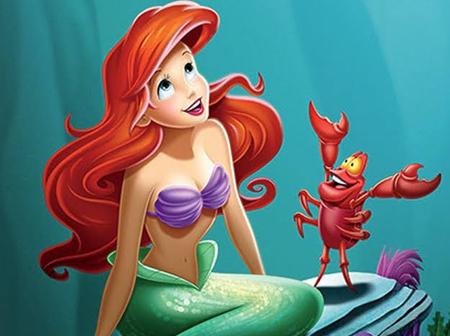 The Movie "The Little Mermaid": See The Actors Behind The Voices

The little Mermaid is a 1989 animated musical romantic fantasy film produced by Walt Disney feature animation and Walt Disney Pictures. The movie tells the story of a young mermaid princess Ariel from the kingdom of Atlantica, in the Atlantic ocean who is fascinated by the human world. Ariel falls in love with prince Eric who happens to be human. In her desperation to be with him, she visited an evil sea witch Ursula who makes a deal with Ariel to transform her into human for three days in exchange for Arie 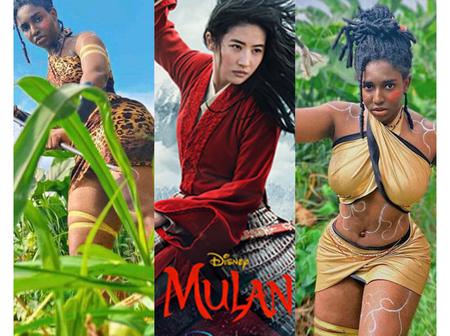 Latest photos of Nigerian socialite, Klara Kalu simply called Ifedioku on Facebook have got social media users talking as they believe is a typical example of Nigerian Mulan. Mulan is a 2020 American action drama film produced by Walt Disney Pictures that has a lady as it main character and the reason why fans referred to Ifedioku as a Nigerian Mulan was because her dressing resembles that of Mulan in a Nigerian way. Ifedioku is known for her effortless and spotless beauty coupled with her decent dressing style. 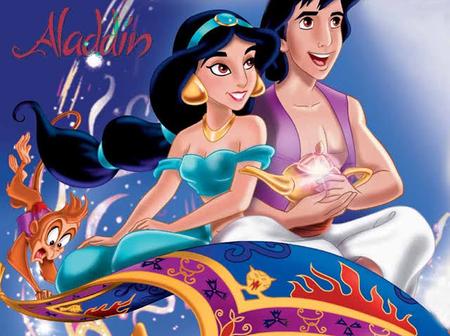 Remember "Aladdin" The Animated Movie? See The Actors Behind The Voices

Aladdin is a 1992 American animated musical fantasy film produced by Walt Disney Feature Animation and released by Walt Disney Pictures. The movie tells the story of a poor street urchin Aladdin who was captured alongside his pet monkey by the most trusted advisor to the Sultan, the evil Jafar. Jafar hated the Sultan and wanted his throne as well as desiring power to be able to control the city of Agrabah and the world at large. To be able to accomplish his mission, he needs to get a magic lamp within the Cave 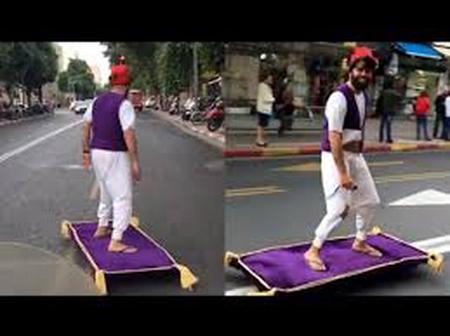 Aladdin:behind the scenes pictures of the movie.

Aladdin is a 2019 American musical fantasy film produced by Walt Disney Pictures. Directed by Guy Ritchie, from a script he co-wrote with John August, it is a live-action adaptation of Disney's 1992 animated film of the same name, which itself is based on the eponymous tale from One Thousand and One Nights.The film stars Will Smith, Mena Massoud, Naomi Scott, Marwan Kenzari, Navid Negahban, Nasim Pedrad, Billy Magnussen, and Numan Acar, as well as the voices of Alan Tudyk and Frank Welker, reprising his roles 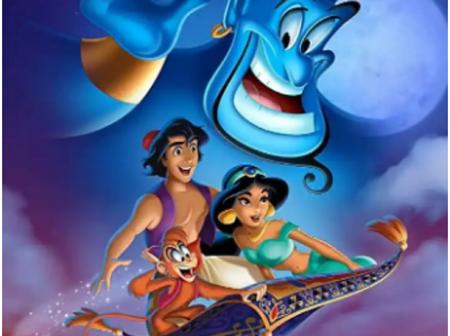 Most people have seen or watched this movie but it is just to bring back those memories of watching this movie. The history part is for those who do not know the movie but would like to know more about it. Aladdin is a 1992 American animated musical fantasy film produced by Walt Disney Feature Animation and released by Walt Disney Pictures. The film is the 31st Disney animated feature film , and was the fourth produced during the Disney film era known as the Disney Renaissance . It was produced and directed 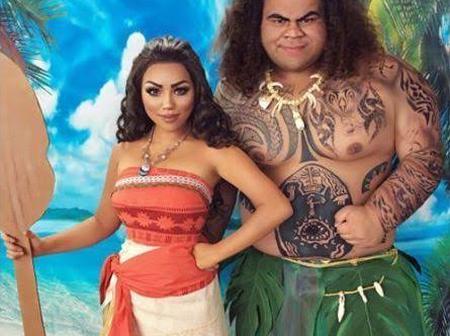 Moana Animated Movie: How It Was Shot (Behind The scenes & Cosplay Photos)

The 2016 American 3D digital musical fantasy movie Moana (also known as Vaiana or Oceania), created by Walt Disney Animation Studios, and distributed by Walt Disney Pictures. In Hawaii, Tonga and Tahiti the fictional film was filmed. The film is following a tale of Moana (voiced by Auli'i Cravalho), a 16 year-old girl who is searching with Maui (voiced by Dwayne "The Rock" Johnson) to save her people and to leave the safety of her home island in the South Pacific to cross the oceans .. The tale gives a moral 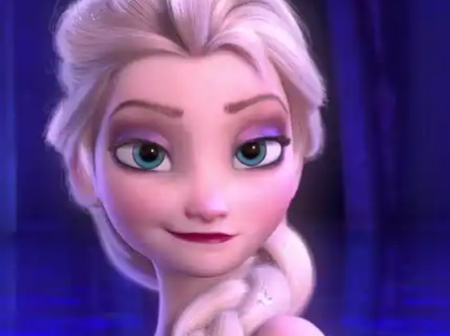 Checkout The Value Of Elsa Palace from Frozen

Frozen is a 2013 animated musical fantasy film produced by Walt Disney Animation Studios and released by Walt Disney Pictures. It tells the story of a fearless princess who sets off on a journey alongside a rugged iceman, his loyal reindeer, and a naive snowman to find her estranged sister, whose icy powers have inadvertently trapped their kingdom in eternal winter. The film also achieved significant commercial success, earning $1.280 billion in worldwide box office revenue, including $400 million in the United 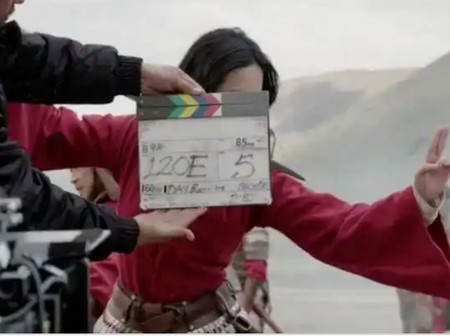 Mulan is a 2020 American action drama film produced by Walt Disney Pictures. It is a live-action adaptation of Disney's 1998 animated film of the same name, based on the Chinese folklore "The Ballad of Mulan".Acclaimed filmmaker Niki Caro brings the epic tale of China's legendary warrior to life in Disney's "Mulan," in which a fearless young trys to save her ailing father from serving in the Imperial Army, a fearless young woman disguises herself as a man to battle northern invaders in China. Release date: 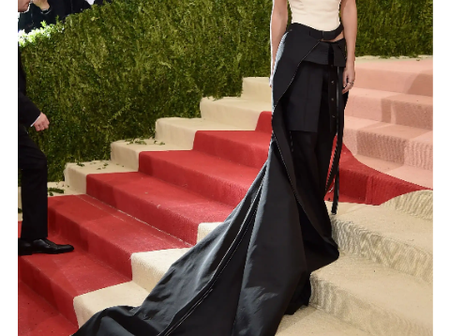 Beauty and the Beast is a 2017 American musical romantic fantasy film directed by Bill Condon from a screenplay written by Stephen Chbosky and Evan Spiliotopoulos. Co-produced by Walt Disney Pictures and Mandeville Films. Belle, a village girl, embarks on a journey to save her father from a creature that has locked him in his dungeon. Eventually, she learns that the creature is an enchanted prince who has been cursed. ﻿ Emma Charlotte Duerre Watson (born 15 April 1990) is an English actress, model, and activist.Emma 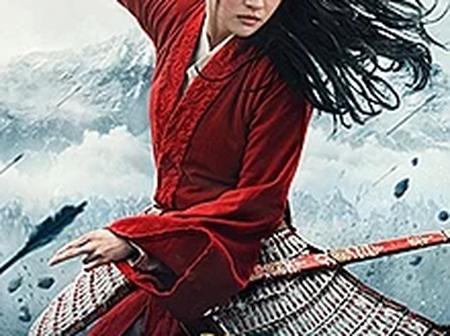 Have you heard about Mulan, a Disney movie

Mulan is a character, inspired by a legendary figure, who appears in Walt Disney Pictures' 36th animated feature film Mulan (1998), as well as its sequel Mulan II (2004). Her speaking voice is provided by actress Ming-Na Wen, while singer Lea Salonga provides the character's singing voice. Created by author Robert D. San Souci, Mulan is based on the legendary Chinese warrior Hua Mulan from the poem the Ballad of Mulan. The only child of an aging war veteran, Mulan disregards both traditio 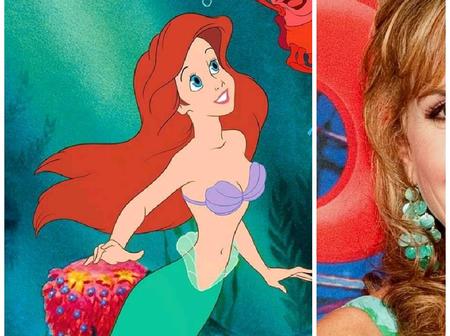 The Little Mermaid is an American animated musical romantic fantasy film produced by Walt Disney Feature Animation and Walt Disney Pictures. The film tells the story of a Mermaid Princess named Ariel, who dreams of becoming human and falls in love with a human Prince named Eric. Ariel made a magic deal with an evil sea witch to become human and be with her love. The role of Princess Ariel was portrayed by Jodie Marie Benson. Jodi Marie Benson is an American actress, voice actress and singer. She was born on